Emmy Awards of the Midsouth 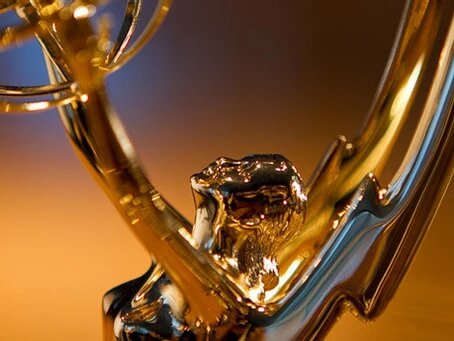 This February, two ISLA community members were recognized at the Regional Emmy Awards of the Midsouth! Berenice Malagón, a multimedia journalist at Univision Communications Inc., won an Emmy award for the second time in the Video Essay category. Furthermore, the producer for a video featuring the story of Cornelio Campos, a Durham-based artist, also won an Emmy.

Berenice has graciously participated in ISLA’s Día de Profesiones y Oficios in the past, and her daughter has been enrolled in ISLA programming for many years.

Conversely, Cornelio has spoken to ISLA students throughout the years about the power of art as a medium for illustrating social themes which impact immigrant lives.

ISLA would like to extend a sincere message of congratulations to Berenice and Cornelio for their recognition at this year’s Regional Emmy Awards of the Midsouth.

Fortunately, we were able to conduct interviews with both Berenice and Cornelio to learn more about both of their journeys and their shared passion for serving the Hispanic/Latino community.

Berenice’s first Emmy was in the Special Assignment Report Category for her work on the story Con el Alma Mojada. This particular story was about the difficult and traumatic journey of three immigrants from Latin America to the United States and how their life’s experiences led them down the path of activism and work in helping other immigrants.

Through Con el Alma Mojada, Berenice hoped to be able to give immigrants a voice and for the stories of these three specific immigrants to be heard, particularly by non-Hispanic people in the United States who are not typically exposed to stories of immigrant activists.

Berenice’s second Emmy, which she won this February, was for 8 Segundos, a story about the success of Gustavo Pedrero, a world champion bull rider from Jalisco, Mexico. Though it was incredibly important to shed light on the struggles many in the Hispanic community face, it was also important to Berenice that immigrant success also had a spotlight. Her hope with 8 Segundos was that viewers would be inspired by Pedrero’s success and realize that whatever dreams in life you have, you can achieve them – no dream is too big.

When asked about how storytelling and journalism can help create a more equitable society that is strengthened by Latin American languages and cultures, Berenice responded that true storytelling can very clearly reflect the reality in a society that is not always seen by many. Through true storytelling, leaders of society can see if progress towards a more equitable society has been achieved, and narratives about the Hispanic community can change in a positive way. At the end of the interview, Berenice’s parting words were that of encouragement for students in ISLA’s various programs.

She emphasized the importance of maintaining both English and Spanish and being proud of one’s culture. In Berenice’s words, “being bilingual is a superpower!”

Cornelio believes art is a medium for giving a voice to immigrants because his paintings visually show immigrants’ struggles and their triumphs. Because his art is shown to all types of people and is placed in universities, churches, museums, and more, many people become exposed to immigrant stories and realize that there are ways they can help make a change.

Especially in recent years, Cornelio has felt a true responsibility to represent immigrants and working people in general through his art.

Through his conversation-provoking work, Cornelio wants people to understand that
the reason why people immigrate to the United States is to better their life, not just because they feel like it. It’s never the first choice but always the last option to leave one’s native country. Cornelio wants those who aren’t exposed to immigrant stories to know that immigrants are humans too, and immigrants do not come to cause problems or take anyone’s place but instead make a living and help out.

Cornelio believes that it’s important to maintain one’s cultural roots because it shapes who we are as humans. Some are proud of their country while others may not be, but our roots make us who we are at the end of the day.

Continue with your favorite social network

Or continue with your e-mail